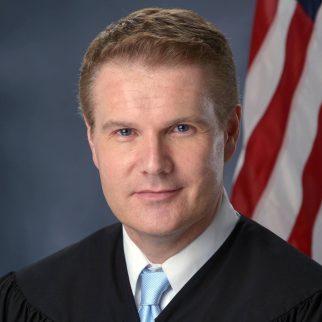 In 1998, Spurgeon began his career in public service when he joined the Allegheny County District Attorney’s Office as an assistant district attorney prosecuting misdemeanors, felonies and homicides. In 2001, Judge Spurgeon was promoted to the Domestic Violence trial unit and became the first prosecutor to appear in the Family Division to prosecute violations of Protection From Abuse (PFA) orders. While maintaining a full trial calendar, he became a certified instructor at the Allegheny County and City of Pittsburgh Police Academies. As a member of the Domestic Violence Unit, he prosecuted all types of intimate partner violence and helped to create the first specialty court of accountability for repeat batterers in Pennsylvania.

In 2009, Judge Spurgeon became the youngest person promoted to deputy district attorney. In that role he supervised the Domestic Violence Unit, Pittsburgh Municipal Court and the Mental Health Court Unit. He also served an integral role in the creation of Veterans’ Court for Allegheny County. He became the County Coordinator for the STOP Grant under the Violence Against Women Act, and the co-chair of the Allegheny County Domestic Violence Task Force.

Judge Spurgeon facilitated the first Intimate Partner Violence Homicide Review Team in Allegheny County that examined system breakdowns in this crime type. As one of the local experts in the area of domestic violence, he has participated in countless panels and working groups in an effort to curb abuse. He serves as adjunct faculty at Point Park University’s School of Criminal Justice and as an adjunct law professor at Duquesne University School of Law.

He has received many awards for his work in public service and domestic violence. He was awarded the Edward G. O’Connor Fellows Award for Pubic Service from the Allegheny County Bar Foundation and was recognized as one of Pittsburgh and Allegheny County’s Top Public Servants by Champion Enterprises. His community roles include previously serving on the board of directors at the Center for Victims and White Oak Animal Safe Haven, a no-kill animal shelter.

In June of 2016, Judge Spurgeon was nominated by Governor Tom Wolf to fill a vacancy on the Allegheny County Court of Common Pleas. He was unanimously confirmed by the Pennsylvania State Senate and sworn in on August 1, 2016. Judge Spurgeon has been assigned to the Family Division of the Court, where he hears delinquency, dependency and PFA cases.